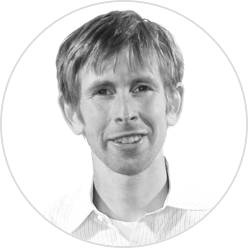 Mike Cassidy is an Economics PhD candidate at Rutgers University. He is on the job market this year in applied microeconomics.

Using the insights of economic theory and the methods of microeconometrics, Mike’s work endeavors to understand how individuals make decisions and how policy can help them make better ones. His animating passion is to improve the well-being of the poor, and he believes quantifying causality through rigorous empiricism offers the best hope of doing so (or at least reflects his comparative advantage).

Prior to joining Rutgers, Mike held positions with the New York City Office of Management and Budget (OMB) and The Century Foundation (TCF). At OMB, Mike oversaw the City’s social service agencies, an experience in policy administration that continues to inform his research. In a complementary fashion, Mike’s time at TCF—a progressive think tank where he remains a non-resident fellow—honed his policy analysis and writing skills. In between, he obtained a Master in Public Affairs, with distinction, from Princeton’s Woodrow Wilson School. He also holds a Bachelor of Arts in Communication and in Political Science, summa cum laude, from the University of Pennsylvania.

When he’s not playing with Stata, Mike is a competitive distance runner, competing and training year-round in hopes of improving his marathon personal best of 2:18:52 and returning to the U.S. Olympic Trials. Born and raised in Staten Island, New York, Mike now lives in Manhattan with his wife Molly and their infant son, Max. 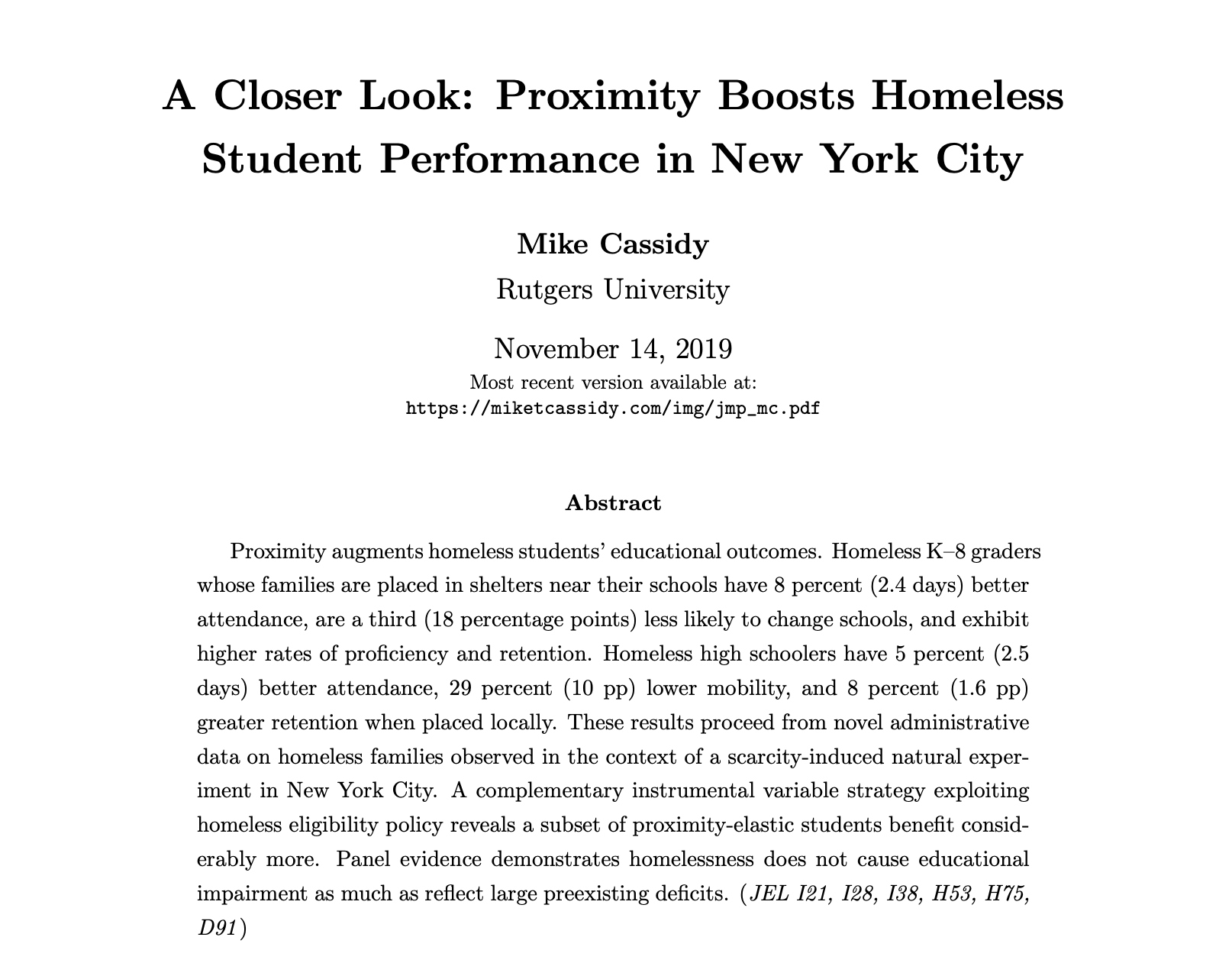 Using an original administrative dataset in the context of a scarcity induced-natural experiment in New York City, I find that families placed in shelters in their neighborhoods of origin remain there considerably longer than those assigned to distant shelters. Locally-placed families also access more public benefits and are more apt to work. A fixed effects model assessing multi-spell families confirms these main results. Complementary instrumental variable and regression discontinuity designs exploiting policy shocks and rules, respectively, suggest difficult-to-place families---such as those that are large, disconnected from services, or from neighborhoods where homelessness is common---are especially sensitive to proximate placements. Better targeting through improved screening at intake can enhance program efficiency. The practice of assigning shelter based on chance vacancies ought to be replaced with a system of evidence-based placements tailored to families' resources and constraints. 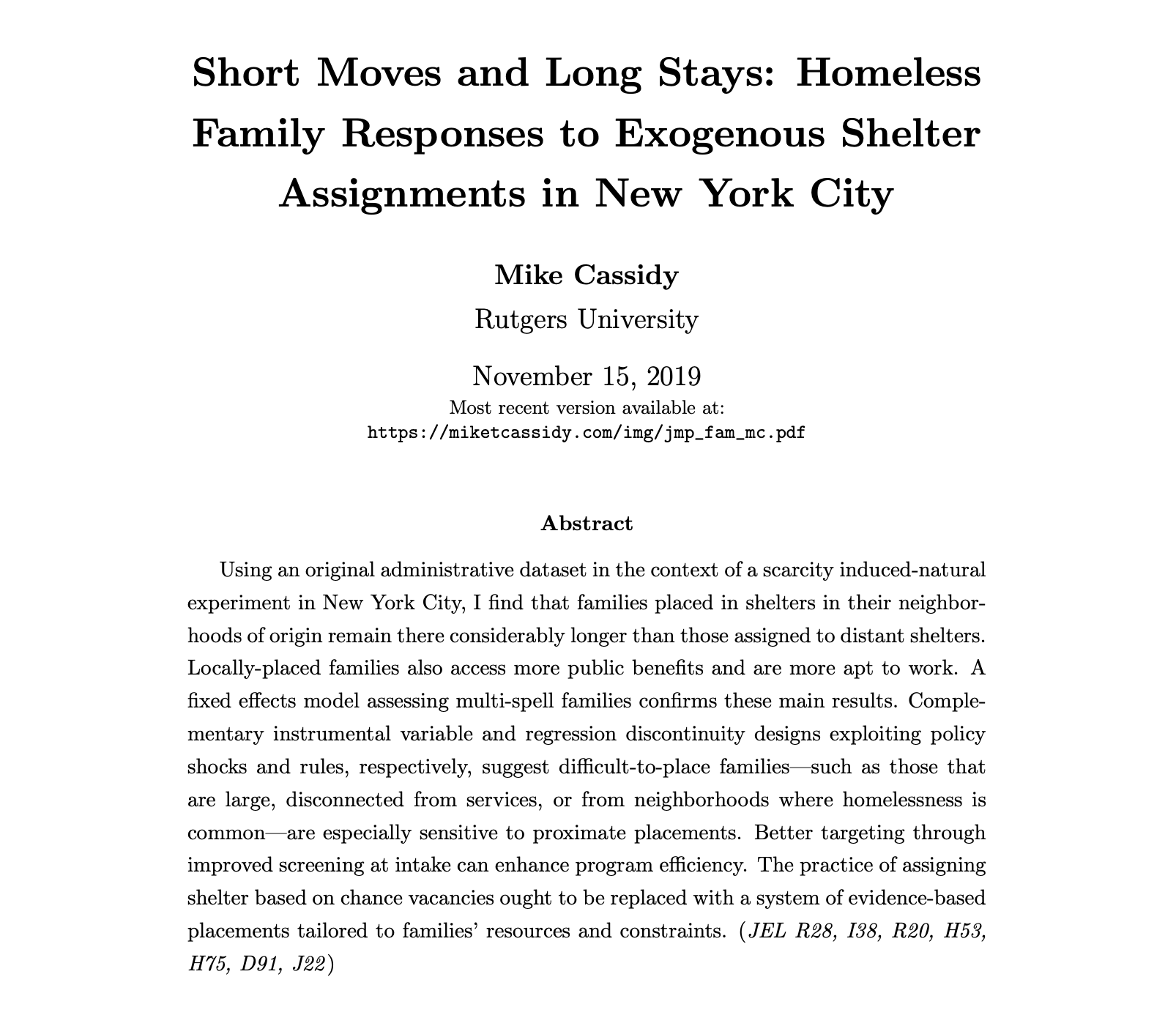